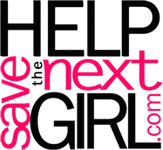 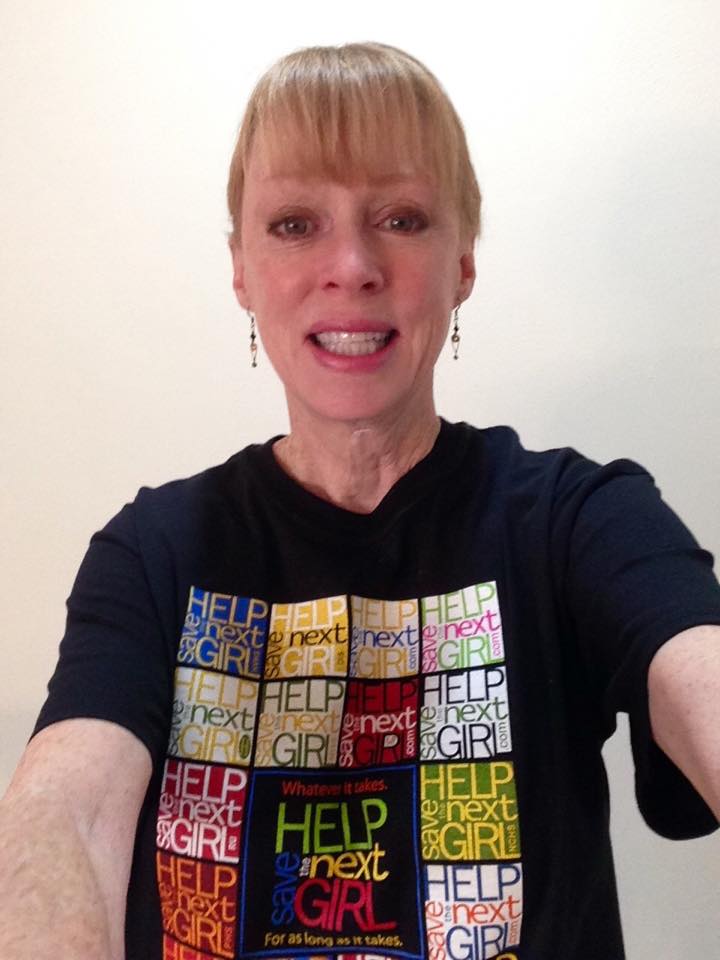 Thank you for being a part of Team Justice.

Please take a moment to read this letter from the Vice President of Help Save The Next Girl, Jane Lillian Vance:

As you read this, allow me first to thank you. Your purchase of a #TeamJustice shirt means that you understand the difference Help Save the Next Girl has made across America in the last five years.

At this very minute, at the Virginia Tech Carilion School of Medicine and Research Institute, where Morgan's father is a beloved administrator and doctor, everyone is surprising Dan Harrington with a prearranged moment of silence, and fifty employees will have on the new Team Justice shirts. Gil will be by Dan's side to observe this moment.

Five years ago right now, Gil and Dan Harrington received a phone call. They had not known where their precious daughter Morgan was for 100 agonizing nights. On the 101st morning, they learned that skeletonized remains with matted long blonde hair and the nearby earrings and bracelet which Gil had worn as a young girl had been discovered in a remote pasture on a mountain farm outside of Charlottesville.

Morgan's remains were stubborn. Although she was exposed to rains and snows, sun and moon, from October 17th to January 26th, we learned much about her murderer, especially his unusual brutality. He had been capable of horror, and he had unleashed it ferociously on 20-year-old Morgan, the beautiful girl who loved to dance, who loved working with Camp Easter Seals children, who defended the weak, and who was going to be a teacher.

Gil said famously, "It is too late for Morgan, but we've GOT to try to help save the next girl. No family should have to suffer this agony." But families have suffered, including Hannah Graham's. And as many of you know, we finally have a suspect in custody, who is connected to Hannah, to Morgan, and to another young woman who barely survived her attempted murder.

Jesse Matthew's first trial begins in Fairfax on March 9th. It is expected to last only two weeks, including jury selection. The prosecution team is confident. They have remained alert and active for nine years to find the man with the DNA matching what the Fairfax woman fought to lodge under her fingernail. That DNA is singing decisively across cases, and the terrible connection horrifies us all. I believe it will also bring relief and justice.

So as Spring approaches, we finally do enter what I have called the long-awaited Season of Justice. We have worked hard to arrive at this place.

Morgan Harrington's was the first case nationally to use social media so effectively. There are conferences about her case. The Harrington family changed the role of victims' families, from passive to participatory in their child's murder investigation. Google Morgan Harrington's name--she has her own Wikipedia entry--and then look at the numbers: almost 13 million for Morgan, 700,000 for her mother Gil, and for Help Save the Next Girl, 400 million hits.

We are not investigators. We do not try and get in the way. We listen to law enforcement and help how we can. Our publicity and posters and social media helped the public see there was a missing person, when Hannah Graham disappeared. Then people knew her name, Hannah. Then people called in tips. We helped raise awareness that people with ANY information always need to call. With our help encouraging the media, Hannah Graham's case went national, and people as far away as five states were listening. The heroic woman in Texas who spotted Jesse Matthew near his pup tent on that Galveston beach, after he had fled Charlottesville, was an ordinary citizen who knew about him from social media.

We are the drum beat behind the media, and then their resource as well. Two weeks ago, we were contacted by an agent from the United States Secret Service/ Liaison to the National Center for Missing and Exploited Children, to use our safety presentations.

When Hannah Graham went missing, we built her Facebook page, and still maintain it. It has about 50,000 members. Morgan's page still has 27,000.

Morgan's investigation changed the way missing and murdered cases will be handled FOREVER. The reason is our use of and constant presence in social media and our partnering with law enforcement. We do public service announcements, educational programs, outreach to families, art and design work (police use our graphics), and we lobby for better legislation. Effectively.

These are the gifts that my student's parents have given us all.

The Team Justice shirts represent our progress toward educating and awakening all young women everywhere, and their male friends and families.

Unfortunately, there are human monsters. They abduct, rape, and kill. They take our girls' bodies to ditches and pastures and drop them like trash, and then their appetite for killing returns, and they hunt for the next girl. Their perversion is hidden by the banality of their lives, but eventually their compulsion shows.

The Team Justice shirt boasts the logos of our first 20 chapters. Morgan was 20. We love that synchronicity.

On the back, TEAM JUSTICE and our 241 dots proclaim that we are a vast and resilient community of supporters who will not tolerate predators.

I thank you for joining Team Justice as we enter this remarkable Spring.

241, and thank you,
Jane, Vice President of Help Save the Next Girl, and
Morgan's teacher